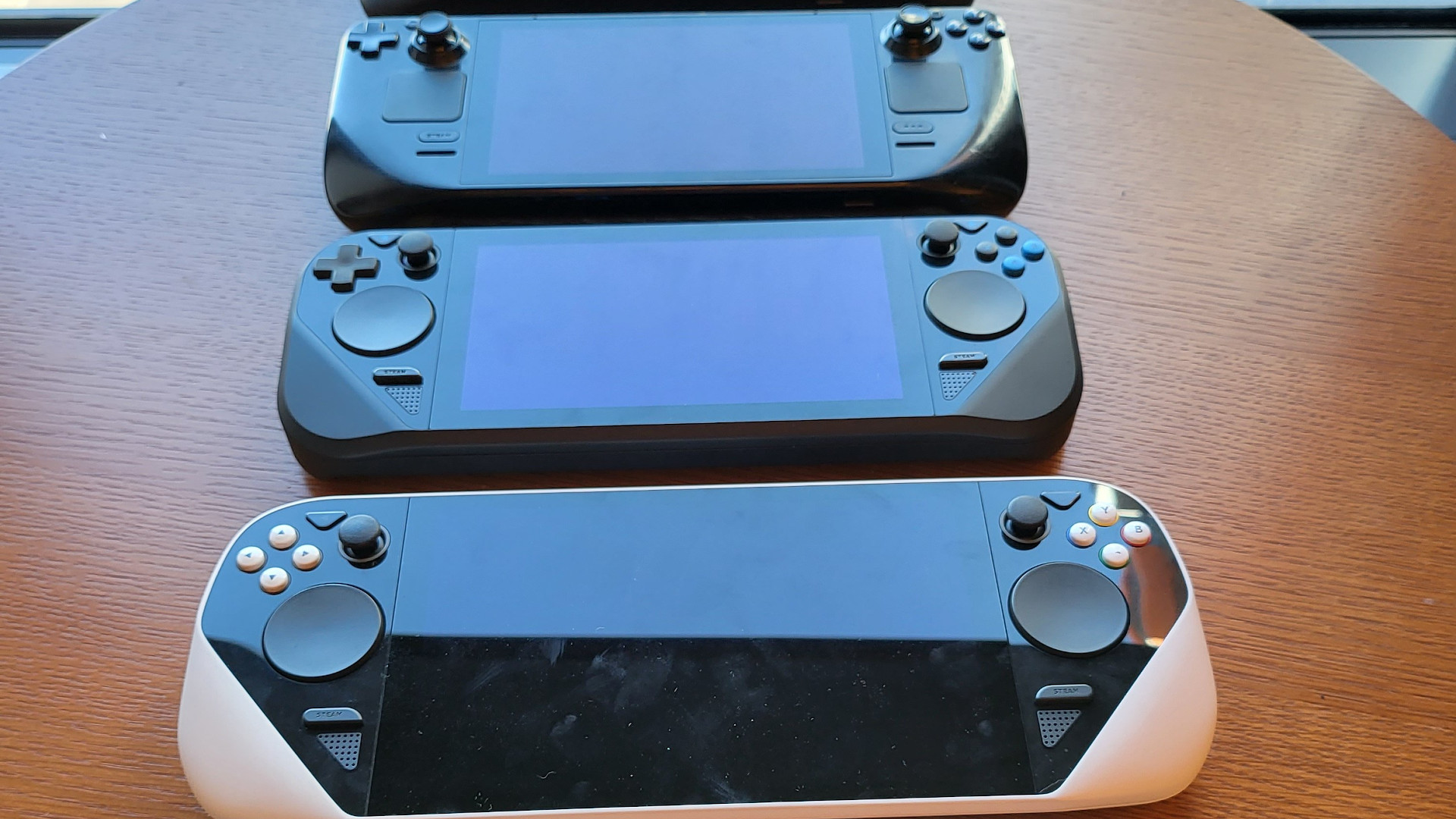 The Steam Deck changed quite considerably during the process of being developed and honed, as some freshly aired photos of prototypes make clear enough.

As PC Mag (opens in new tab) reports, Valve developer Pierre Loup Griffais posted pics of older prototype models of the Steam Deck – wheeled out for a press event over in Asia – on Twitter to show how the device evolved.

As part of the Asia launch press event, we made the design lab into a showroom of development history. My favorite are the playable prototypes: bootable Deck family tree from mid-2019 to now, from a couple of hand-built units onto gradual mass production. pic.twitter.com/TpU5I8D50pSeptember 12, 2022

As Griffais notes, these are prototypes from the middle of 2019 onwards, and it’s interesting to see how the design of the handheld gaming PC moved forwards.

Although the overall design remains roughly the same throughout, there are some key differences. The earlier models are notably more curved, with more pronounced contours at the side and front.

Also, the trackpads are circular in those older prototypes, and instead of a D-pad, there are four separate directional buttons top-left of the Deck. The thumbsticks on the earlier hardware are rather smaller, too.

Griffais further tweeted (opens in new tab) to clarify that the prototypes shown are “mostly” functional and boot up just fine, with a video provided to illustrate this, subsequently showing Half Life 2 being loaded.

Analysis: A glimpse of the future Steam Deck Mini?

It’s a rare treat to see the evolution of a device laid out like this, and the prototypes have certainly sparked some debate online, as you might imagine. Those earliest models look a bit clunky in some respects, and indeed retro, but it’s the middle incarnation which has drawn the most interest. And we’d agree that it looks impressively clean and sleek, as well as clearly more compact than the final design of the Steam Deck.

As some folks have suggested, if a Steam Deck Mini version is ever made, maybe this is what it’ll take design cues from. Although while a smaller portable would have certain advantages, it certainly wouldn’t be for everyone – and while it may look sleek, there are likely good reasons, ergonomically and functionally speaking, why Valve didn’t stay on this course.

Similarly, there’s a fair bit of love around for the circular trackpads, but not from everyone. What we’re certainly glad to see that Valve moved away from is the slightly smaller and shallower thumbsticks, which don’t look like a good idea to us.

Regarding the future of the Steam Deck, we don’t know much at this stage, but what we do know is that Valve is planning multiple generations of the handheld – not really a surprise given its popularity – and that the idea is they’ll be “more open and capable” than the current Deck. A lofty promise indeed.