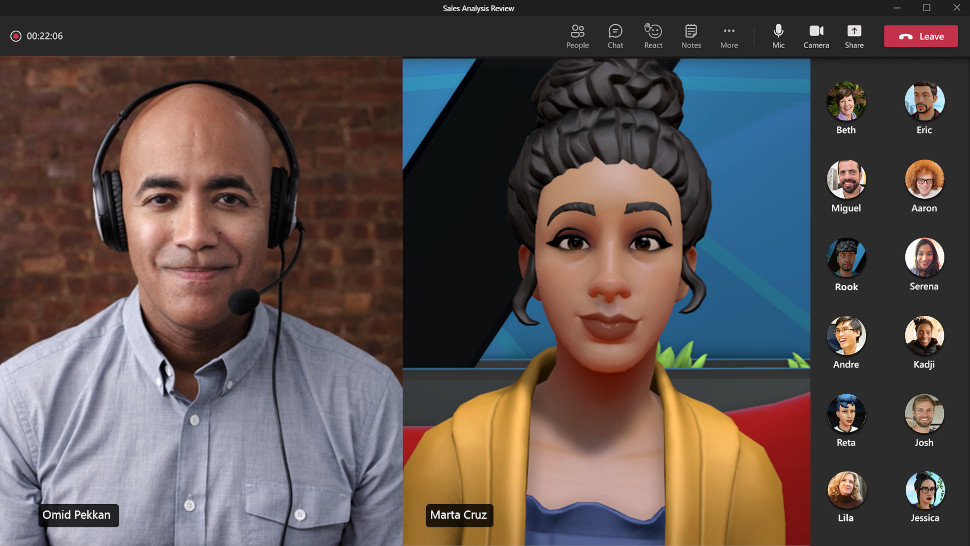 Microsoft has announced that animated avatars are now available in preview for its Teams collaboration platform.

Via the Avatars app in the Microsoft Teams App Store, members of the Technical Access Program can now design up to three avatars for use during meetings, and choose from an array of reaction gestures.

So-called Mesh avatars were first announced for Microsoft Teams in a blog post (opens in new tab) by John Roach, the company’s CTO of digital advisory services, back in November 2021.

Mesh avatars in the workplace

Mesh avatars allow for greater freedom of expression in a hybrid working environment, with users able to customize physical attributes, accessories, and other aspects of themselves.

Microsoft’s release of the feature at its Ignite event reiterates its commitment to blurring the line between video conferencing software and metaverses, which some business leaders believe are the next big development in collaboration tools following the shift to hybrid working.

These spaces are designed around mesh avatars interacting inside a virtual space equipped with the tools that teams need to collaborate, such as whiteboards, document storage, and video conferencing software.

If Microsoft continues to develop metaverse-adjacent features for the Teams platform, it could manage to scupper Meta’s plans for the sector with its own Horizon Workrooms metaverse.

Horizon Workrooms could end up being seen as a less convenient offering when up against Teams, a video conferencing app that’s already in use by many organizations and benefits from Microsoft 365 integration.

Until then, organizations looking to try out the new mesh avatars but without access to the private preview build can sign up for updates on the Teams website (opens in new tab).

Microsoft Teams just fixed one of its most annoying call problems