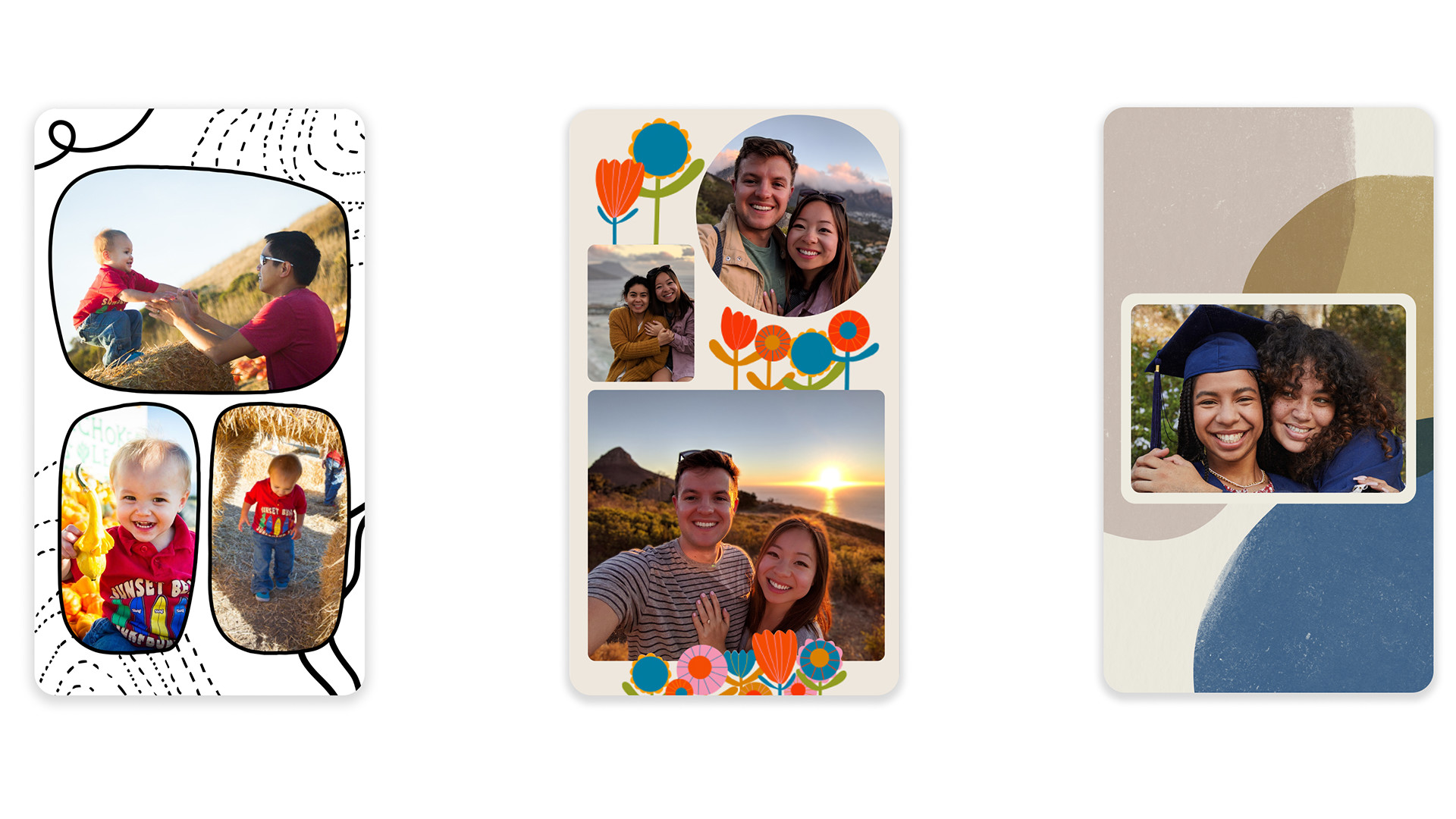 Beginning today, Memories on Google Photos will be getting a variety of cinematic-like changes that Google calls “the biggest update… since [the feature’s] launch”.

Memories can be considered Google’s answer to Snapchat Stories; short videos made from pictures on your Photos account, although they don’t disappear. For the update, the focus is on fostering creativity among users by giving them tools to create more dynamic works with their own photos. There’s a bigger emphasis on creating videos and adding graphical art to images to make them pop. Google will also be making user creations easier to share with friends and family without having to rummage through the Settings menu.

Given the fact that Memories is one of Google Photos’ most popular features (by the company’s own admission) and that it’s been over a year since its last major update (opens in new tab), these changes are long overdue.

The first batch of changes come from Google readjusting how certain functions operate in Memories. You will find more videos present as “Photos will automatically select and trim” snippets more often from uploaded files. These snippets will sport a subtle zoom in to make static images feel more dynamic. And in October, Google will be “adding instrumental music to some Memories.” The full music library is mostly unknown apart from a lighthearted whistling tune and an ambient melody heard in some of the preview videos.

Cinematic Memories, an upgrade to cinematic photos released in 2020 (opens in new tab), will pull together multiple still images to create a faux video of sorts complete with music. You’ll see the camera pan across a subject to produce a 3D-like effect meant to simulate motion. The 2020 version was more of a subtle zoom-in, but now it’s more dynamic.

For the graphic art mentioned earlier, they will come via the new Styles feature. Several pieces of art will be available at launch, according to Google, that can be added to Memories, injecting a colorful flourish to photos. Some of the designs were created by featured artists Shantell Martin (opens in new tab) and Lisa Congdon (opens in new tab), although they will only be available for a limited time.

Sharing Memories will be made easier as a new Share icon will appear in the roll. All a user has to do is tap the icon and select the recipient to send them. This change will be coming to Android devices first before rolling out to Google Photos on iOS and web browsers “soon.”

The final change is a new collage editing tool where you can pull together your favorite pictures via drag-and-drop controls. Some of the collage designs were also created by Shantell Martin and Lisa Congdon. Within the editor, you have access to various tools to adjust image brightness or apply filters. Pixel owners and Google One members will have access to exclusive features such as the ability to add Portrait Light and HDR to collages plus 30 unique designs.

The collage editor will come out to both Android and iOS devices, but it doesn’t appear the web browser version of Google Photos will get this. We asked Google for clarification on this front. We’ll update this story if we hear back.

Google Photos is one of the most highly used image storage services out there, but some are disappointed with its limited editing tools. If you’re curious, we recommend checking out TechRadar’s list of the best alternatives to Google Photos.

Would you sell your data for profit? Nearly 50% of Americans said they would

This security firm claims to have the right tool for your privacy, and it’s not a VPN