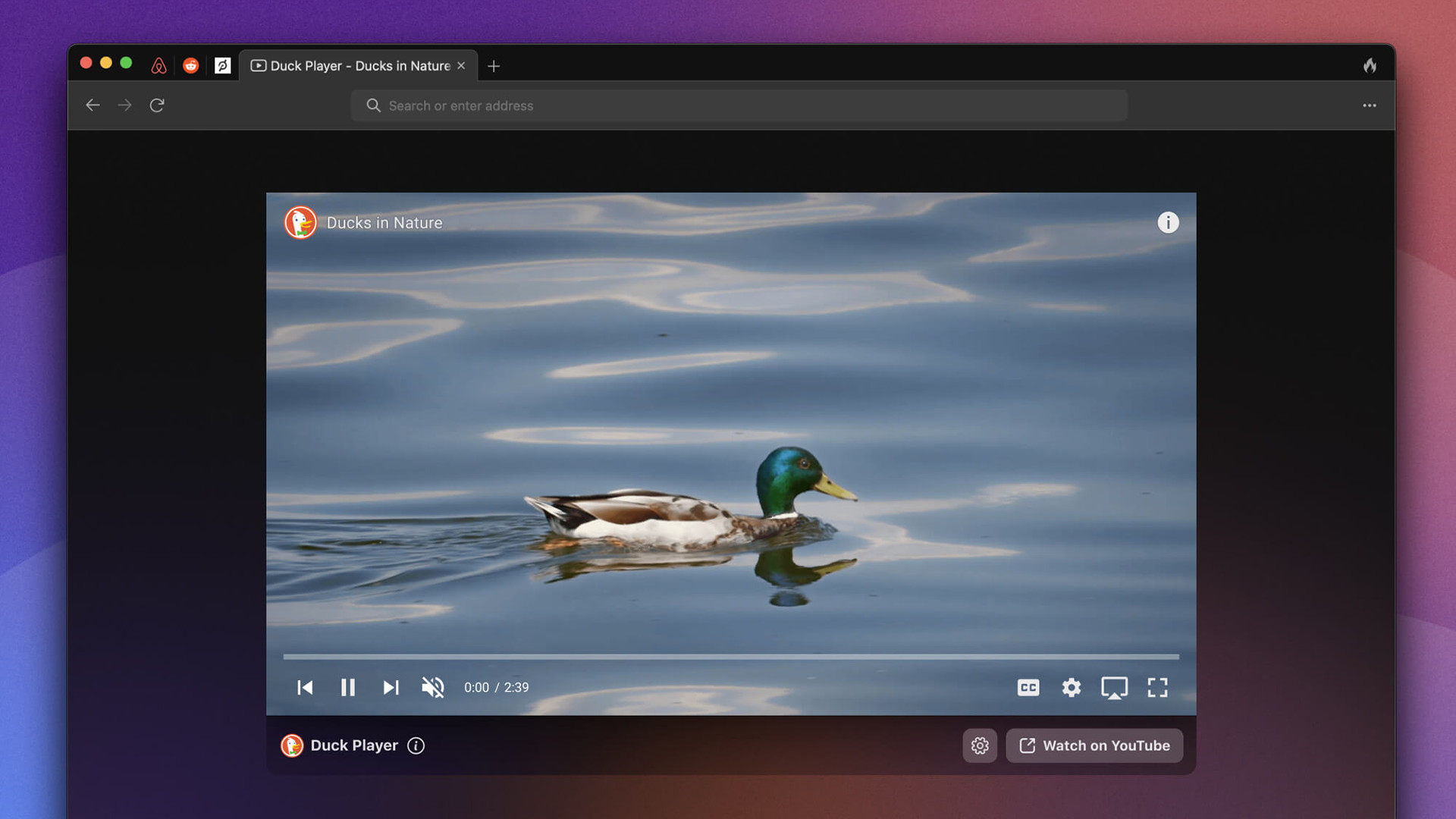 DuckDuckGo’s privacy-focused web browser is now available for download via an open beta to all Mac users. It’s still all about keeping your personal details private but does mix in some intriguing new features, as well.

For the past several months, the company has been steadily working on a desktop version of the DuckDuckGo browser. Originally, the desktop browser launched as a closed beta back in April (opens in new tab), and from the looks of it, everything that was present back then is in this new version.  This includes things like the “multiple layers of defense against third-party trackers”, according to the announcement (opens in new tab). The new features are centered around enhancing the user experience by clearing out annoying ads on YouTube, specifically. The developers also added some basic browser features that were missing in the first beta like a bookmarks bar and pinned tabs.

You can install the browser on your Mac by going to DuckDuckGo’s website (opens in new tab) where the download should begin automatically. Upon installation, you can import your bookmarks and passwords from other browsers and password managers. An under-development Windows version is currently only available to DuckDuckGo “friends and family.” The company said to expect a private beta for PC within the coming months.

Before going into the new, let’s briefly go over the returning features.

The defense layers mentioned earlier protect users from online tracking software, stopping companies from placing a unique identifier on you (known as fingerprinting) as a way to follow you around on the internet. Cookies also get repelled to ensure total privacy. Making returns are the Smarter Encryption tool, which encrypts your internet connection, and the Fire Button (opens in new tab). The latter is pretty cool as it completely wipes all traces of a browsing session from open tabs, caches, permissions, and back button history. But you also have the ability to “Fireproof” a website to save its data from mass deletion.

Among the new tools, one of our favorites is Duck Player which specifically stops ads and cookies that track users from YouTube videos. If an ad doesn’t track people, it will play as normal. But as it turns out, the vast majority of ads on YouTube videos do track people so most will be gone, according to DuckDuckGo. A company representative told us Duck Player only works on YouTube and “will not work with other services at this time.”

DuckDuckGo also tweaked its ad-blocker to erase any whitespace left behind by ads for a much cleaner look. And within the coming weeks, the browser is adding support for Bitwarden, allowing users to integrate the password manager for added protection.

The company is asking for feedback on how it can improve the browser. You can send the developers your thoughts by clicking the three dots below the Fire Button. There, you’ll find the Send Feedback tool.

In the announcement, DuckDuckGo briefly mentions how other browsers have lackluster tracking protection. It also alludes to recent news concerning Incognito Mode on Google Chrome not being very private. Developers at Google even joke about poor it is and this raises an interesting question about the integrity of online privacy protection. Are browser developers really that interested in privacy?

DuckDuckGo isn’t the only browser that focuses on privacy. Mozilla Firefox and Opera have, in recent years, moved privacy closer to the center of their development efforts. But according to recent data, privacy-focused browsers are having a hard time gaining traction with users. Mozilla goes so far as to accuse tech giants like Apple and Microsoft of “abusing their privileged position” by making it hard for users to switch browsers.

Until DuckDuckGo launches on Mac, there are other ways to increase online privacy. Be sure to check out TechRadar’s best privacy tools list for 2022 to learn what they can do to protect you.

Zoom is about to get a lot more useful and powerful