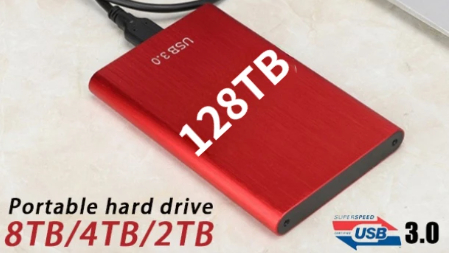 Walmart is not the only big online retailer that’s struggling with fake products online. Hundreds of listings from dozens of vendors on eBay (opens in new tab) and AliExpress (opens in new tab) are currently selling 64TB and 128TB SSDs at rock bottom prices.

The problem is that there are no mainstream 128TB or 64TB SSDs. Samsung demoed a 128TB SSD back in August 2022, while Nimbus Data sells a 64TB SSD to enterprise customers only, but neither will sell for the $30 that fraudulent vendors are asking for. Despite this being a clear case of “too good to be true”, dozens have been stung.

TechRadar reader Colin M reached out to us last week having purchased a 30TB SSD from AliExpress, only to find out that he had been conned.

“It seems the actual drive capacity total is 128GB, which is 2 x 64GB shown as the two drives. I tried copying 250GB+ files to one of the ‘drives’ and although it appeared to be working as normal when it finished, I then clicked on properties to show actual GBs,” he explained.

“I suspect the drive contains 2 x 64GB SD cards that are programmed to disguise the SD cards as 15TB drives. When the ‘drive’ is being copied to reach capacity, the program just overwrites files giving the appearance of working correctly.”

Counterfeited products have been a problem for centuries and online marketplaces like eBay, Amazon and AliExpress have allowed this issue to become global, making it far more difficult to eliminate.

Worryingly, not only are these drives fake, they could also easily have been infected with malware. Earlier this year, hackers mailed out USB flash drives infected with ransomware, even including teddy bears in the package.

SSD prices are falling fast with 2TB models available for less than $100, an all time low caused by a crash in demand and an excess inventory. Despite this, we wouldn’t expect high capacity drives (4TB, 8TB or 16TB SSD) to experience any similar drop in price because demand is still high for those target markets (enterprise, businesses, prosumers).

Amazon seems to have successfully avoided that scam, probably because it has stricter controls on sellers from mainland China, although there are others – like fake 2TB USB flash drives (opens in new tab) or 2TB microSD cards (opens in new tab).

TechRadar Pro has reached out to eBay and Aliexpress to find out what they are doing to eradicate fake product listings and weed out the dodgy vendors ahead of the lucrative 11.11 Singles Sales, Black Friday and Cyber Monday.

Google to limit tracking in Android apps, starting next year