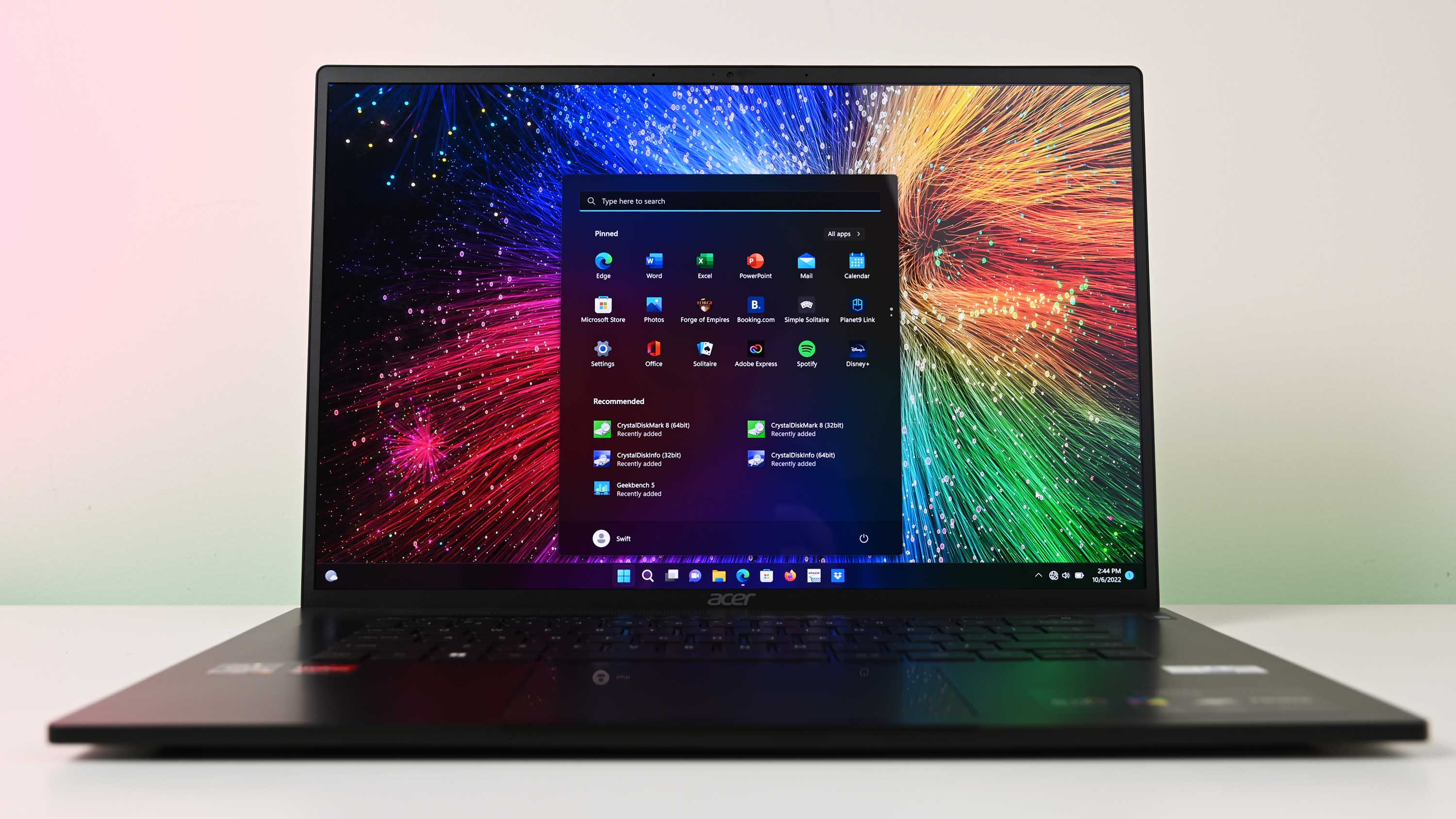 Acer has unveiled its latest flagship laptop, the Swift Edge which competes with the LG Gram 16 in a niche category best defined as ultrabook with large display. The SFA16-41, as it is otherwise known, is only 13mm thin, packs a 16-inch display and a weight of 1.17Kg, about 30g lighter compared to its LG rival; that’s thanks to its magnesium-alloy chassis.

It is also one of the first, if not the first mainstream laptop to be powered by the new AMD Ryzen PRO 6000 processors together with Pluton, a new security feature implemented by Microsoft.

The Swift Edge is available with 16GB LPDDR5 RAM (albeit on one slot) and 1TB SSD, which is significantly more than what others offer (LG Gram 16 for example starts at 8GB RAM and 256GB SSD).

While the screen is spectacular, it is not the first time that this display has featured on a laptop.

Before Acer, Lenovo, Gigabyte, Dell and Asus bundled a similar sized 16:10 OLED display with some of their notebooks, allowing users to enjoy the real estate offered by 3840 x 2400 resolution (that’s 9.22 million pixels). Acer claims it supports 100% of the DCI-P3 color gamut and 500 nits peak brightness for what it calls “cinema-grade visuals” – and it could well be the perfect laptop for Photoshop for some users.

What makes the device stand out is the presence of the Ryzen 6800U, a powerful 8-core, 16-thread processor based on AMD’s Zen 3+ technology and built using a 6nm process. The end result is a thrifty CPU that has a TPD comparable to the Core i7-1260P (used in the LG Gram 16) but with performance that rivals a more power hungry processor like the Core i5-12500H (as used in the Honor MagicBook 14).

As of now, there’s only two models that offer it: the stunning 1Kg Asus Zenbook S 13 OLED and the surprisingly affordable Lenovo ThinkBook 13s Gen 4.

The rest of the specification includes the Radeon 680M graphics with a 8K-capable HDMI 2.1 port, Wi-Fi 6e wireless network, two USB 3.2 Gen 2 Type-C ports, two Type-A ports and an audio jack, all powered by a rather small 3-cell 54WHr battery, which Acer says will power the Swift Edge for up to 7.5 hours.

Compared to the LG Gram 16, you lose the battery capacity, the numeric keypad, the Thunderbolt 4 ports and the extra SSD slot. Is it worth it? Yes if you’re after color fidelity and speed, no if you’re after battery life and expansion capabilities.